Back to All Posts

Facebook has become a much quieter place lately. But we're not talking about the level of traffic, engagement, or activity (there are 2.07 billion active users logging in each month after all). We mean that, of the likely 64 billion (and exponentially rising) daily video views on Facebook, at least 85% of those views are only seen and never heard.

Have you ever wondered why some Facebook videos can rack up hundreds (if not thousands) of views in a matter of minutes, while others are lucky to be seen by anyone other than you? While other factors certainly come into play–such as video length, content, and quality–one of the leading reasons is the rise of Facebook's silent video feature.

On average, you have only three seconds to turn a video scroll into a view. Facebook uses silent video to keep the newsfeed experience seamless and convenient for viewers wherever they are, and whatever they're doing. When you upload a video to Facebook, you can expect that at least 85% of your followers are going to start watching your content with the sound off, and if they're not captivated within the first three seconds, they're highly likely to scroll on by.

Good news: With more than 100 million hours of video being watched on Facebook every day, it's clear that silent video is extremely effective. And there's an (incredibly) easy way for you to use it to your advantage. Facebook captions put your script to work in a new way, engaging viewers early on with text that accompanies what they're seeing on screen. You can effortlessly get more views on your Facebook videos by utilizing Facebook captions. Make the most of your video's first three seconds, and watch our step-by-step tutorial below to see how. 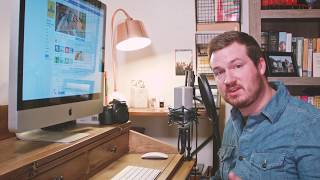 How Video Marketing Is (Quickly) Taking Over

5 Big Reasons Why Your Small Business Needs a Blog

High Street Has an Award-Winning Film!

How Long Should A Video Be?

How Video Marketing Is (Quickly) Taking Over

5 Big Reasons Why Your Small Business Needs a Blog

High Street Has an Award-Winning Film!

Paving High Street: How We Got Here